We were first introduced to the "ear play" by an educational audiologist when Julia was in Kindergarten. At the beginning of that first year, the audiologist spent about thirty minutes with the class. She explained hearing loss and then had the kids act out the parts of the ear with props. It was a big hit with the kids. Julia's Barbie dolls played school for a few months after that. They always got a presentation on the workings of the ear.

Julia is going into fourth grade this year and for the first time I'm not even going to send the hearing loss story books with her. She tells her own story. She's also an expert on the parts of the ear. We've adapted the ear play and created our own props so we can teach kids about hearing. For typically hearing kids we point out why its important to protect the hearing they have. For kids with hearing loss we can talk about the causes of deafness. It's an important topic for everyone and there's no better way to start the conversation than with a bit of hands-on exploration and acting.

The Props and Role Assignments

The sound is quite important to the play. Represented by a ball, the child holding the sound has to pick the sound: a word, a stomp, a clap. Any appropriate noise will do, but this is important because the sound does have to make it all the way to the brain.

"Pinna" is the fancy name for the external part of the ear. It's job is to catch the sound and so we represent it with a baseball glove. After all of the parts are assigned, the first kid will say the sound and toss the ball to the second kid. Each child passes the ball down the line and acts out their function as a part of the ear. The pinna is easy, they just have to catch!

Next comes the ear canal which is where ear wax is made. The ear canal also houses that pesky ear hair. I like to engage the kids in a conversation about those ear extras and ask whether wax and hair is a good thing to have in your ear. They always say "no" and they are always wrong. Wax and hair protect the inner ear from debris (Julia loves to say bugs that might crawl right in). The pinna passes the sound to the ear canal so the ball should fit through the canal.

These are the very smallest bones in the human body and they vibrate. The small bones child should shake all over when they get the ball. Commonly called the hammer, anvil, and stirrup, you can get the kids to take a stab at the scientific names.

Our play skips a couple of parts: the Eustachian tube (because we don't want to go throwing the ball down there) and the semi-circular canals/oval window (because I'm not training ear surgeons). The oval window should have been included as a round picture frame or even an embroidery hoop, but I just didn't put it in. So we move on from the shimmying small bones kid to the mysterious cochlea. In the mysterious cochlea those vibrations are converted into electrical impulses by millions of tiny hair cells. When the cochlea kid gets the ball they can act mysterious or in many cases, just hold the ball until it's time to pass it off.

Carrying electrical impulses to the brain, the auditory nerve is the last prop in the play. One or two kids can hold either end of a piece of string or yarn. 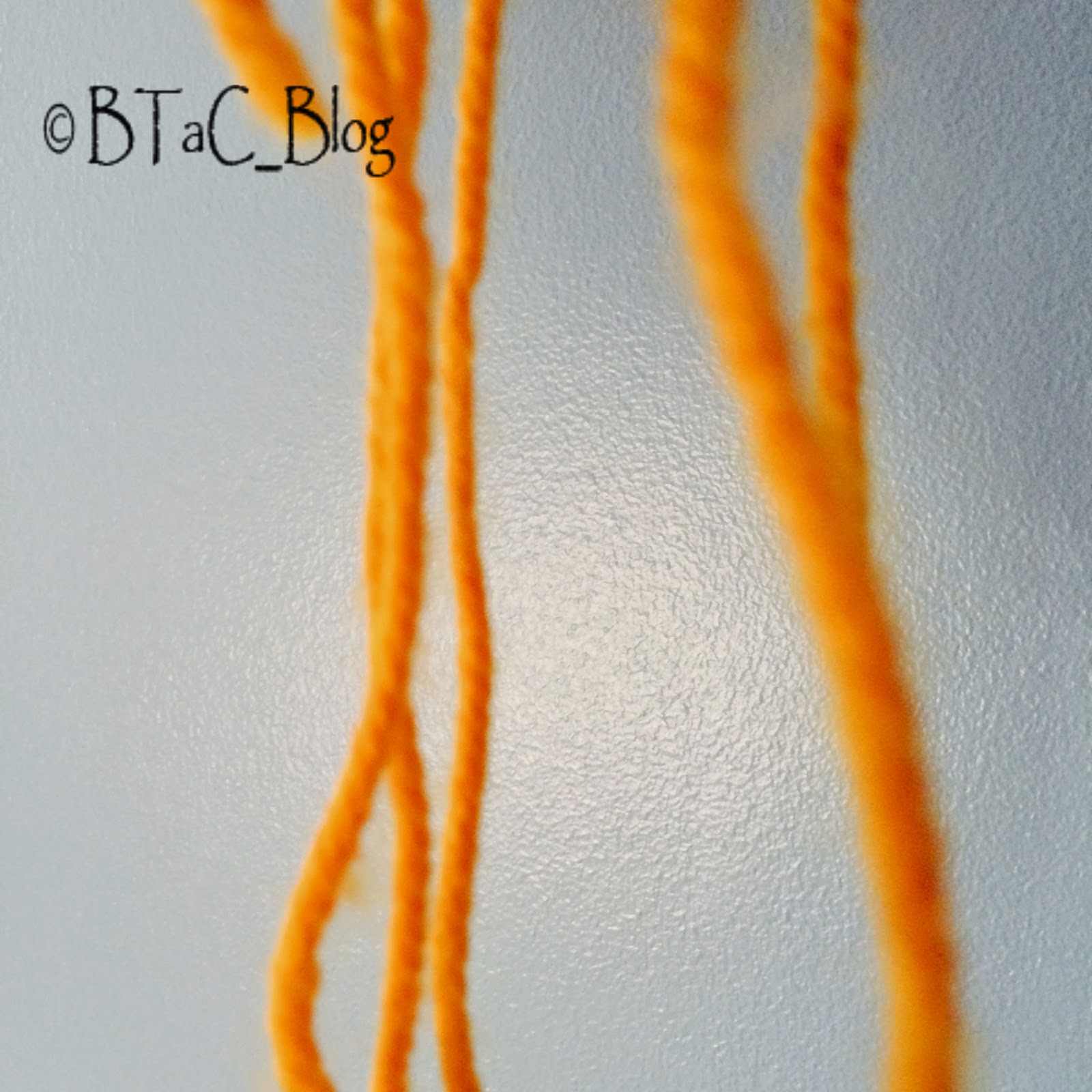 The lynchpin of the whole thing is choosing an attentive brain. This person must carefully listen to the sound because when the ball finally gets to them, it's their job to repeat the original sound. The whole process is just no good if the brain can't make sense of it!

Once all of the actors and props are explained and in place, guide the ball on its journey and help the kids remember their action.

The ear play is a great springboard for further discussion about protecting your hearing and the different types of hearing loss. Including some additional discussion, this play takes about fifteen minutes. Lots of great resources for typically hearing kids can be requested free of charge from the National Institutes of Health Noisy Planet campaign. It's also a great activity to accompany reading a book about kids with hearing loss. Scholastic has a printable worksheet (shown below) that makes a great takeaway. When cut out and folded it makes an accordion style ear picture. 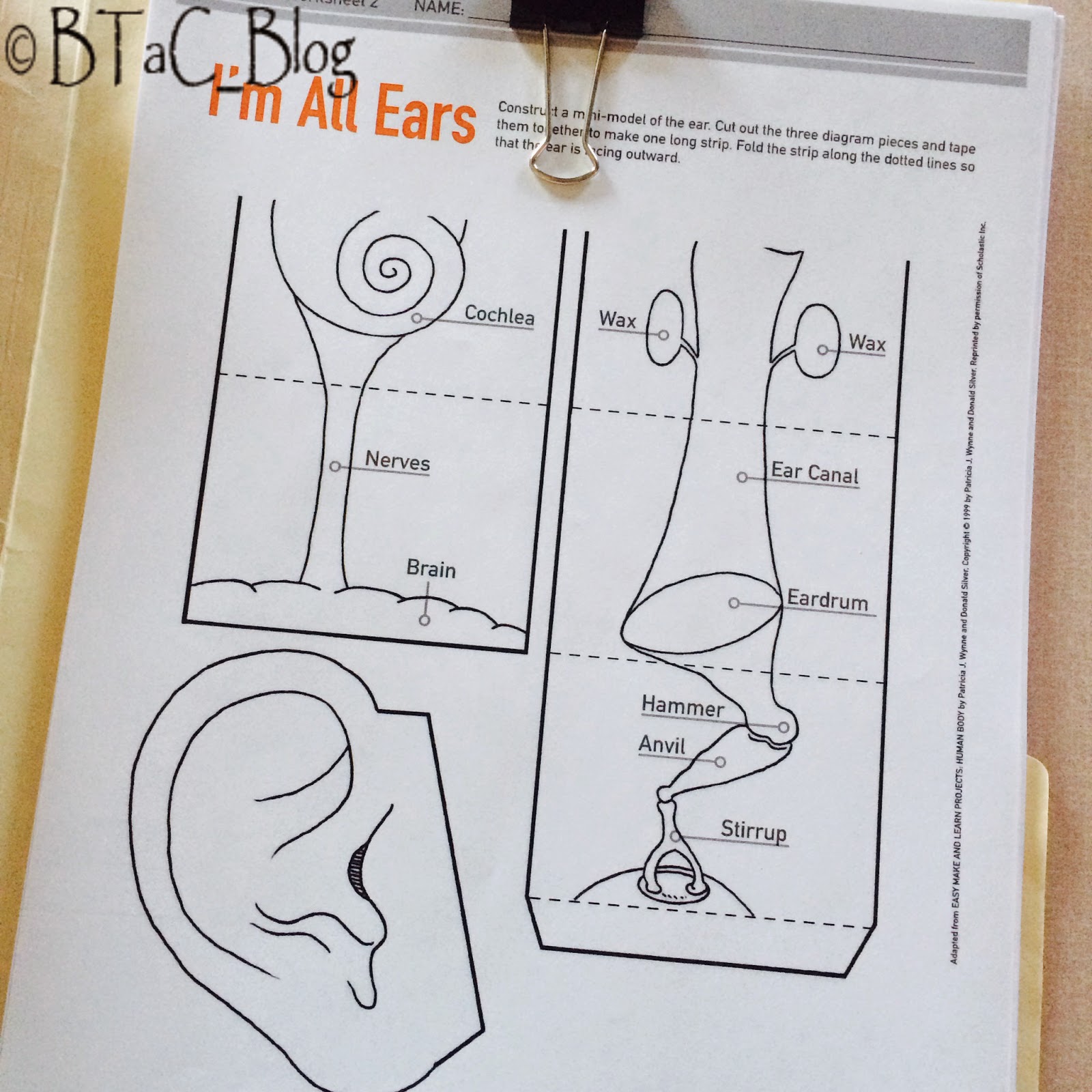 Posted by Joey Lynn Resciniti at 11:35 AM